Discover your next adventure with a honeymoon to Hawaii, a collection of idyllic islands that offer tranquil landscapes and impressive water activities

Located in the northeast corner of Polynesia this beautiful archipelago of over nineteen volcanic islands. Whichever island you choose you are assured of a fantastic honeymoon where you’ll find superior accommodation coupled with beautiful beaches and a range of activities that cater to everyone.

The largest island in the United States, Hawaii’s Big Island isn’t just big, it’s still growing. The Island of Hawaii is the youngest island in the Hawaiian chain and is also by far the biggest, providing a vast canvas of environments to discover a variety of unrivalled natural wonders. This is the home of one of the world’s most active volcanoes, the tallest sea mountain in the world at more than 33,000 feet.

Honolulu is Hawaii’s vibrant capital famed for its restaurants, shopping districts and nightlife scene, a honeymoon to Honolulu is similar to many of America’s beloved beach destinations. Enjoy a honeymoon discovering historical landmarks, trailing through the beautiful Nature Parks and sinking your toes into the pristine sandy shores.

Located in the mid-Pacific, Maui is a tranquil isle known for its pristine beaches and amazing outdoor activities including hiking, biking, snorkeling and windsurfing. A trip to Haleakala National Park should not be missed on your honeymoon, reach the highest peak in Maui on Haleakala Mountain as well as discovering enchanting waterfalls and pools along the way.

Spectacular beaches and mountain ridges await. The tropical Island of Kauai basks amidst the sparkling blue waters of the Pacific Ocean, about 20 minutes by air from Honolulu. Formed some six million years ago, the island encompasses roughly 550 square miles and is the oldest and northernmost of the main Hawaiian Islands.

On Oahu, Hawaii’s timeless beauty blends with the modern luxuries of today. Swim in the warm waters of world-famous Waikiki one moment, then enjoy the dramatic mountain views of the Nuuanu Pali Lookout another. Watch the surfers on the legendary North Shore by day, then dance the night away in vibrant nightlife spots around Honolulu.

What is the currency in Hawaii?

The currency used in Hawaii is the US Dollar

How long does it take to fly to Hawaii from the UK?

It takes 11 hours to fly from the UK to Los Angeles, then you will need to take an additional flight to the Hawaii island, which can take around 5.5 hours.

What is the time difference in Hawaii?

Hawaii is 10 hours behind the UK

When is the best time to visit Hawaii?

Hawaii is a tropical destination with warm temperatures between 20 and 30 degrees. Rainfall can happen throughout the year, however between the months of April and November tend to be the wettest.

What language is spoken in Hawaii?

Hawaii have two official languages, Hawaiian and English, however there is a third unofficial language that is widely spoken. Pidgin is a slang combining words from many aspects of island life and culture. 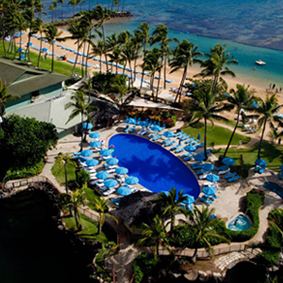 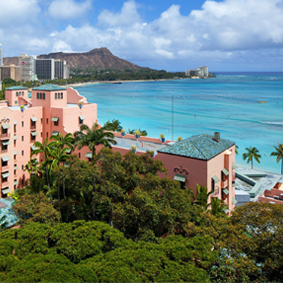 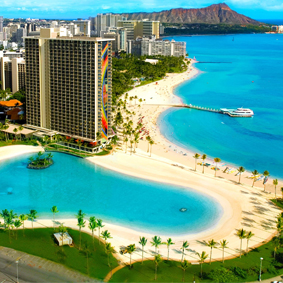 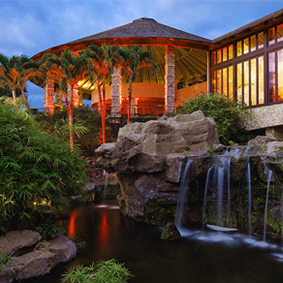 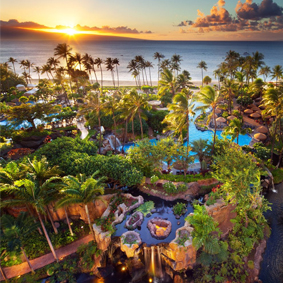 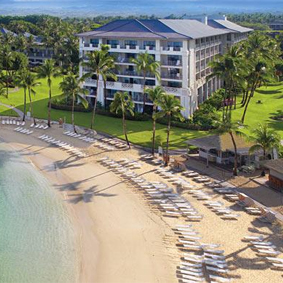 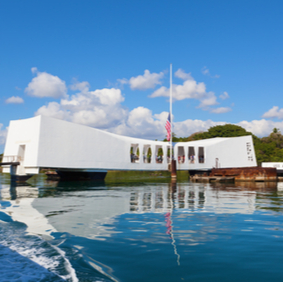 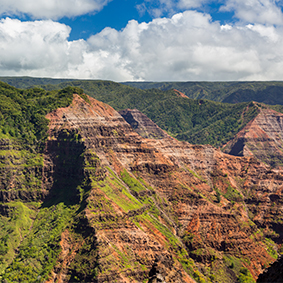 5 reasons to honeymoon at Gili Lankanfushi 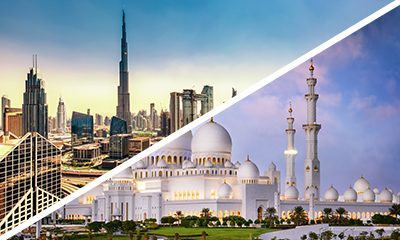 Top Places in Europe to Celebrate Your First Wedding Anniversary